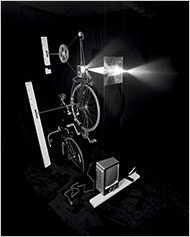 By KEVIN KELLY
Published: November 21, 2008 @ NYTimes.com
Everywhere we look, we see screens. The other day I watched clips from a movie as I pumped gas into my car. The other night I saw a movie on the backseat of a plane. We will watch anywhere. Screens playing video pop up in the most unexpected places — 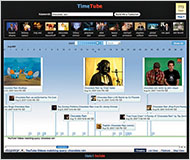 like A.T.M. machines and supermarket checkout lines and tiny phones; some movie fans watch entire films in between calls. These ever-present screens have created an audience for very short moving pictures, as brief as three minutes, while cheap digital creation tools have empowered a new generation of filmmakers, who are rapidly filling up those screens. We are headed toward screen ubiquity. continue reading

See also on the same shelf:

I recently came accross your blog and have been reading along. I thought I would leave my first comment. I dont know what to say except that I have enjoyed reading. Nice blog. I will keep visiting this blog very often.